The word krater means “mixing-bowl,” and the vase was used for mixing pure wine with water. (Ancient Greeks did not drink their wine “unadulterated”, because it was considered too strong and prevented people from enjoying it longer, but this wise behavior was frequently abandoned!)

Genuine copy. Depiction of the eastern pediment, from Zeus Temple wich depicts the preparations of the chariot – rece between the contestants Inomaos and Pelopas.

Be the first to review “Gold Krater 3” Cancel reply 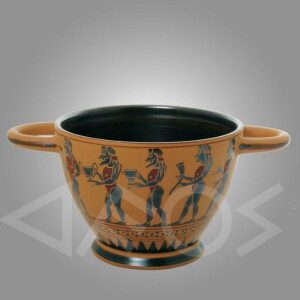 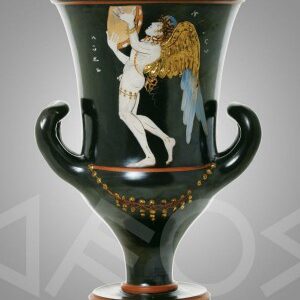 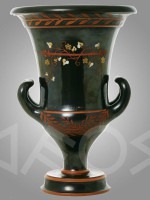 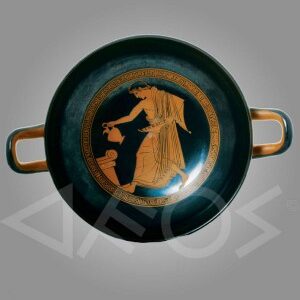 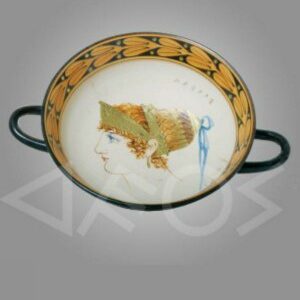 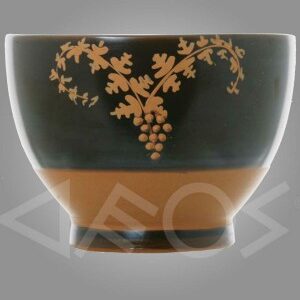 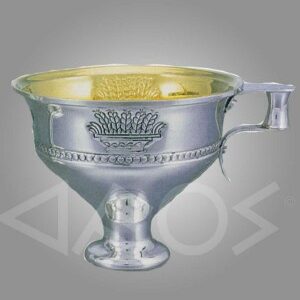 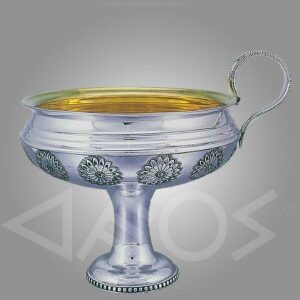 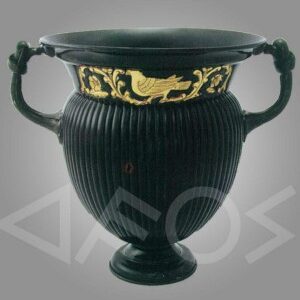